World IBD Day takes place on 19 May each year and unites people worldwide in their fight against Crohn’s disease and ulcerative colitis,  known as inflammatory bowel disease. 38 Countries on 4 continents participate in world IBD day to bring attention to these debilitating, yet far too common diseases.

IBD, which stands for inflammatory bowel disease (including Crohn’s disease and ulcerative colitis) are two serious, chronic digestive diseases that affect five million people worldwide. There is no cure, no known cause, and little public understanding of the pain and chronic suffering with which IBD patients courageously cope every day of their lives.

Ulcerative colitis only affects the colon (large intestine). Crohn’s disease can affect any part of the digestive system, from the mouth to the anus.

People of any age can get IBD, but it’s usually diagnosed between the ages of 15 and 40.

Estimates of direct and indirect costs range between $14.6 and $31.6 billion in 2014. There is a significant healthcare burden associated with IBD. Although treatment expenses make up a significant portion of the cost of IBD, studies show that inappropriate treatment, lack of adherence to therapeutic regimens, or suboptimal treatment increase the cost burden. Costs for IBD include hospitalizations, the eventual need for surgery due to disease complications, and physician visits. 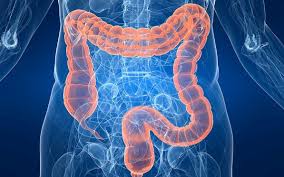 Did you know Canada has the highest prevalence of Inflammatory Bowel Disease (IBD) in the world? 1 in every 150 Canadians suffers from the IBD, and this number is increasing, specifically among Canadian children.  A study published last month with data from five provinces — Alberta, Manitoba, Nova Scotia, Ontario and Quebec — tracked children under 16 years of age who had been diagnosed with IBD between 1999 and 2010. The number of children under 16 living with IBD in Canada increased by 60% over the ten year period.  Why does Canada have one of the highest incidence of childhood-onset IBD in the world?

May 19th is World IBD Day, and Oshawa-resident Robert Cutting  opportunity to shares his personal IBD experience and how he manages his symptoms each and every day.