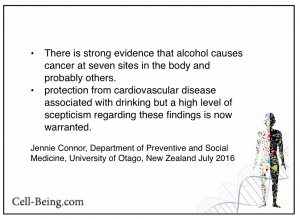 HIV Transmission should be at the forefront of our global health concerns.

Globally, HIV is the 2nd leading cause of death

A recent study released by the Sex Information and Education Council of Canada found that nearly 50% of sexually active college students aren’t using condoms. Other reports have found that while teenagers are likely to use a condom the first time they have sex, their behavior becomes inconsistent after that.

In Malawi, in Southern Africa, Dignitas is supporting 174 health centres in six districts which covers a population of more than 3.1 million people. From a standing start in 2004, they have helped more than 1.6 million people get tested for HIV and helped 232,000+ people start lifesaving treatment. This represents close to half of the total number of people on HIV treatment in the country.

Dr. Adrienne Chan trained in Internal Medicine and Infectious Diseases at the University of Toronto, where she served as Chief Medical Resident. She was a Frank Knox Fellow at Harvard University, where she completed a Master of Public Health degree with a concentration in International Health.

She served as a technical consultant on the Commission to Investigate the Introduction and Spread of SARS in Toronto, Canada. Adrienne is an Assistant Professor with the Division of Infectious Diseases, University of Toronto, and is cross-appointed to the Division of Global Health at the Dalla Lana School of Public Health. Adrienne’s research interests include HIV care and treatment decentralization, HIV/TB integration in resource limiting settings, and scale-up of initiatives to prevent of mother-to-child transmission of HIV.

Points of Discussion on HIV transmission, treatment and Prevention here on Best In Health Radio: